Do you have dreams of swimming with whale sharks and want to check it off of your bucket list? There are so many parts of the world that you can visit to fulfil this dream; the hardest part is choosing the right place for you, and choosing the right time of the year to encounter these gentle, magnificent creatures.

How to choose the best destination

The excitement of wanting to travel can sometimes be overwhelming because there are so many incredible destinations. The best place to start is by narrowing down where and when you want to visit. Make sure to check the destinations weather patterns and GPI (Global Peace Index) as these are very important for comfortability and safety. 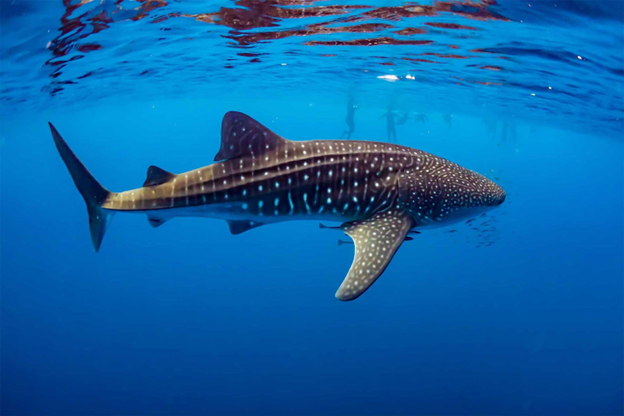 Located in Exmouth, Western Australia, the Ningaloo Reef sees whale sharks migrate through the reef from March all the way through to mid-August. Seeing one of the most gentle fish in the sea is best done through a tour as you get a full day’s worth of adventure and memories you’ll have for a lifetime. Enjoy snorkelling with the whale shark as well as enjoying food and a photographer to capture those special moments. The whale sharks in Exmouth are an absolute must-see!

Belize is a protected destination to swim with whale sharks. Belize hosts a rich marine life filled with sea turtles, eagle rays, dolphins and an incredible array of fish. The best time to swim with whale sharks in Belize is between March and June in Gladden Spit, which is around 36km of coastline. You are guaranteed to see these majestic creatures as companies will not operate until they are confirmed to be in the area, giving you the best opportunity to see and swim alongside them.

The Maldives have quickly become one of the most popular resort destinations to visit in the last few years as not only is it incredibly Instagrammable, hosts crystal blue waters and has spectacular scenery. If you want to have the experience of a lifetime, the best place to swim with the whale sharks is the South Ari Atoll from December through May, or January to April.

The Red Sea is home to a plethora of sea life including whale sharks that swim in the shallow waters between March and July. Scientists believe their presence in the Red Sea is linked to mating as there are typically similar amounts of males and females in the area. If you’re not up to swimming, you are able to spot them close to beaches such as Hurghada, Marsa Alam and El Quisier.

Mafia Island, which is in the Indian Ocean off the Eastern Coast of Tanzania, is the only place in Tanzania where you can swim with whale sharks. November and December are the most desirable times to visit as during this peak season you are able to see them near shore as well. The Mafia Channel has an abundance of food fed from the Rufiji River making it a preferable place for whale sharks to feed on planktons and other organisms.

On the hidden shores of Inhambane Province, Tofo, zooplankton are in abundance year round bringing up to 50 whale sharks from October to March. In the small town, conservation is a high priority, seeing tours conducted mainly in the afternoons after most scuba diving is over. Tofo is a whale shark capital but also sees manta rays visit the area.

Swimming with whale sharks is ethical when done right with reputable companies that work hand in hand with tourists and the community to create a sustainable environment.

Steer clear of companies that pack their boats to the brim with tourists and lure whale sharks in with food not a part of their natural diet. When swimming with whale sharks, make sure that you keep a distance of 3-4 metres at all times, move slowly and carefully and don’t feed them, as they have a specific diet!

There are so many places around the world to see these magnificent creatures. Do your research and practise ethical tourism by ensuring the tour provider is operating ethically.

Although you may be extremely excited to be going on such an incredible journey to swim with whale sharks, make sure that you are taking the steps to actively protect future sightings. When you are swimming with whale sharks:

We want to make sure that future generations have the ability to see these beautiful creatures as well as conserving the state of our oceans, so do your part, and make sure it’s done right!